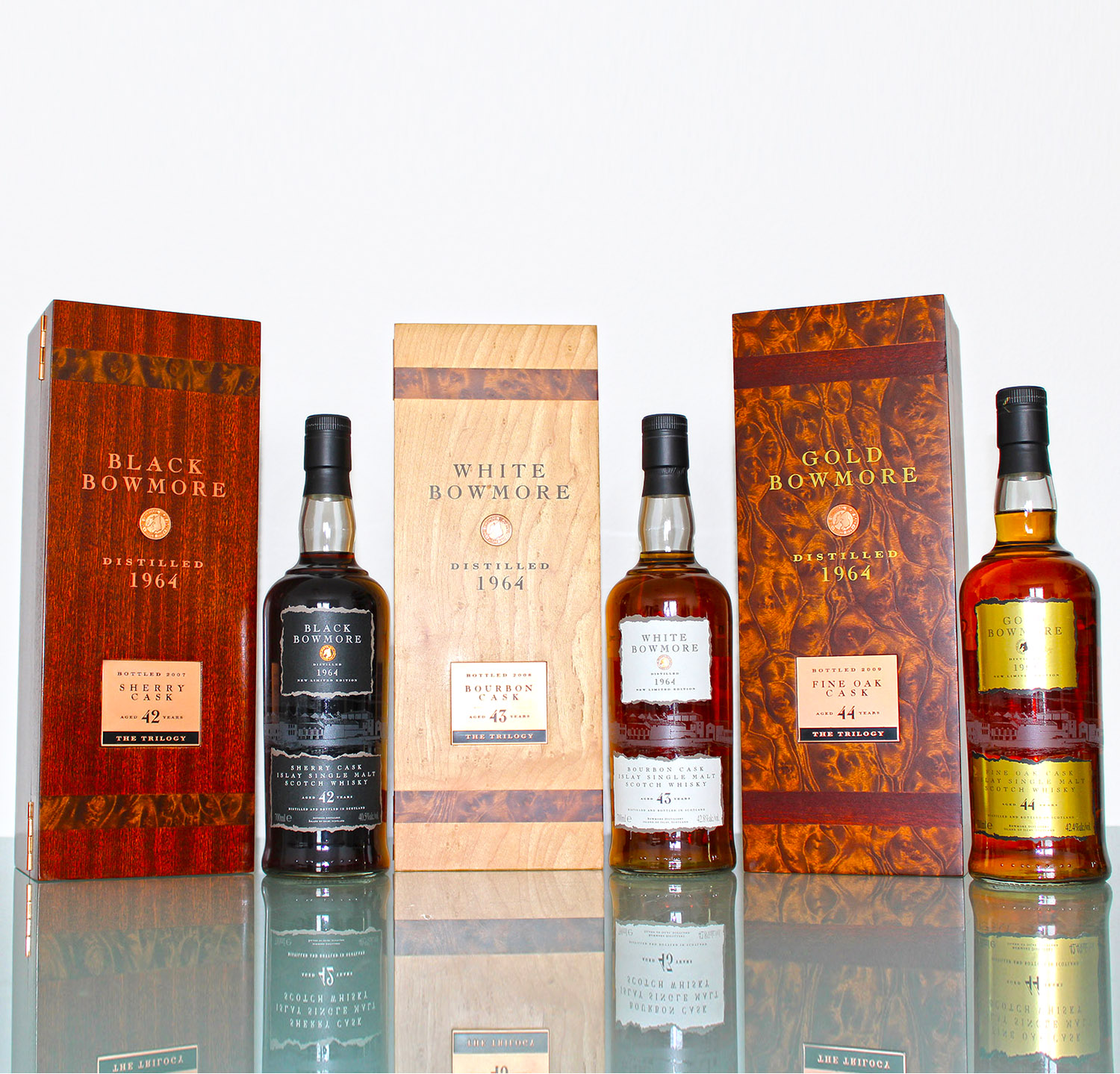 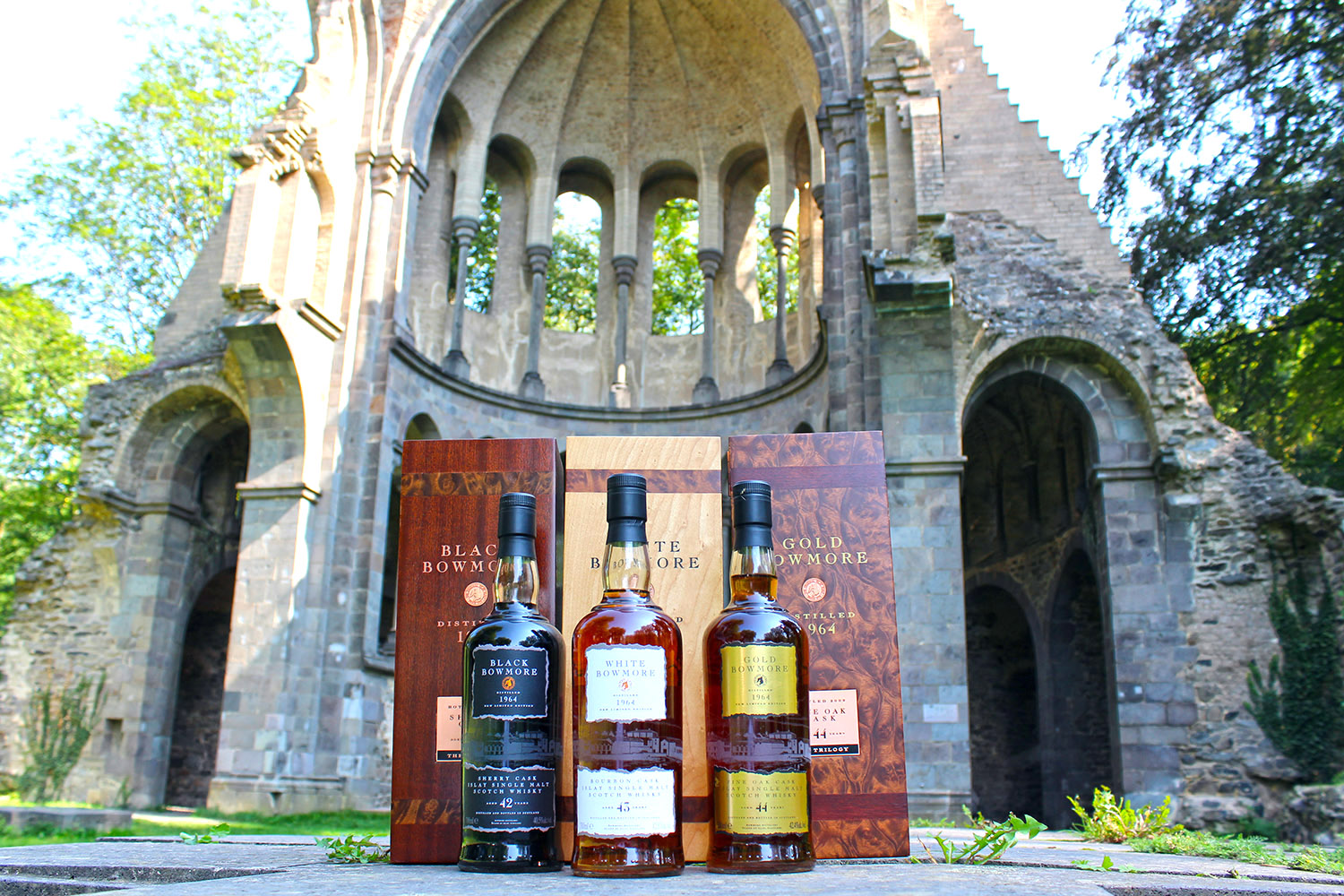 The Bowmore distillery was founded as early as 1779 on the Scottish island of Islay and produces, among other things, the famous Black Bowmore – a particularly popular rarity among whiskies. Not only the Spanish sherry casks, but also the peaty environment together with storage in warehouses, some of which are surrounded by 1.5 metres of salt water at high tide, give Bowmore its very own characteristics.

The trilogy presented here contains three rarities distilled in 1964 and bottled between 2007 and 2009.

Black Bowmore is considered the holy grail among whisky rarities and is also highly sought after by investors. It is matured for 42 years in oloroso sherry casks, from which only 827 bottles were bottled in 2007. It is presented in a high-quality wooden box.

The second bottling of the famous 1964 Bowmore Trilogy matured for 43 years in bourbon casks in order to be able to compare the taste with the other bottlings of the trilogy. Maturation in bourbon casks gives this bottling, which is limited to 732 bottles, a rather light colour, hence its name “White Bowmore”. It is characterised by its exceptional aroma which hints at a mixture of tropical fruits, vanilla and honey.

The third and final bottling of the famous Bowmore trilogy – Gold Bowmore – matured for 44 years in a combination of bourbon and oloroso sherry casks, giving it a golden colour. Only 701 bottles of this were filled in 2009. On the palate, it offers a complex range of fruits, such as mandarins, sultanas, grapefruit, papaya, mango, passion fruit and notes of citrus. It also offers flavours of honey and vanilla with hints of smoke, coconut, caramel together with subtle oak and toasted nuts.

The product illustrated here is not available for sale. It is only intended as a product description.

Do you own high-quality spirits and would like to sell them online? We will purchase your spirits and collections: easy, secure & reliable! Enquire now.